The Order took possession of Ely House in March 1923 and it has served as its headquarters ever since.

On its East side, St. Stephens Green is joined by Hume Street, at the top of which is framed by Ely House, one of Dublin’s most impressive large Georgian houses. The full width of Hume Street and four storeys high over basement with 36 rooms. The mansion was the first to be built in Ely Place and initially enjoyed most of the surroundings area as its garden.

This house was built in 1771 by HENRY LOFTUS, EARL OF ELY, whose family seat was at Rathfarnham Castle. The house was a centre of 18th Century social life in Dublin when the wealthy land owning families came to the capital city for a social season revolving around the pursuit of pleasure. The LOFTUS family had been in Ireland since 1560 and included among its members a Protestant Archbishop of Armagh founder of Trinity College and Lord Chief Justice.

For the purist Ely House has a frontage of 73 feet to the street and is not flanked by Georgian Terraces. The builder was Michael Stapleton a noted Dublin stuccadore whose work is evident in the delicate interior plasterwork. The external brickwork came from Bridgewater as ballast in ships. Originally six bays wide the seventh, coincidentally number seven Ely Place is noticeable by the zip line in the brickwork on the left hand side. The external wrought iron railings and balconies are a noticeable feature.

INSIDE THE HOUSES TREASURES INCLUDE: 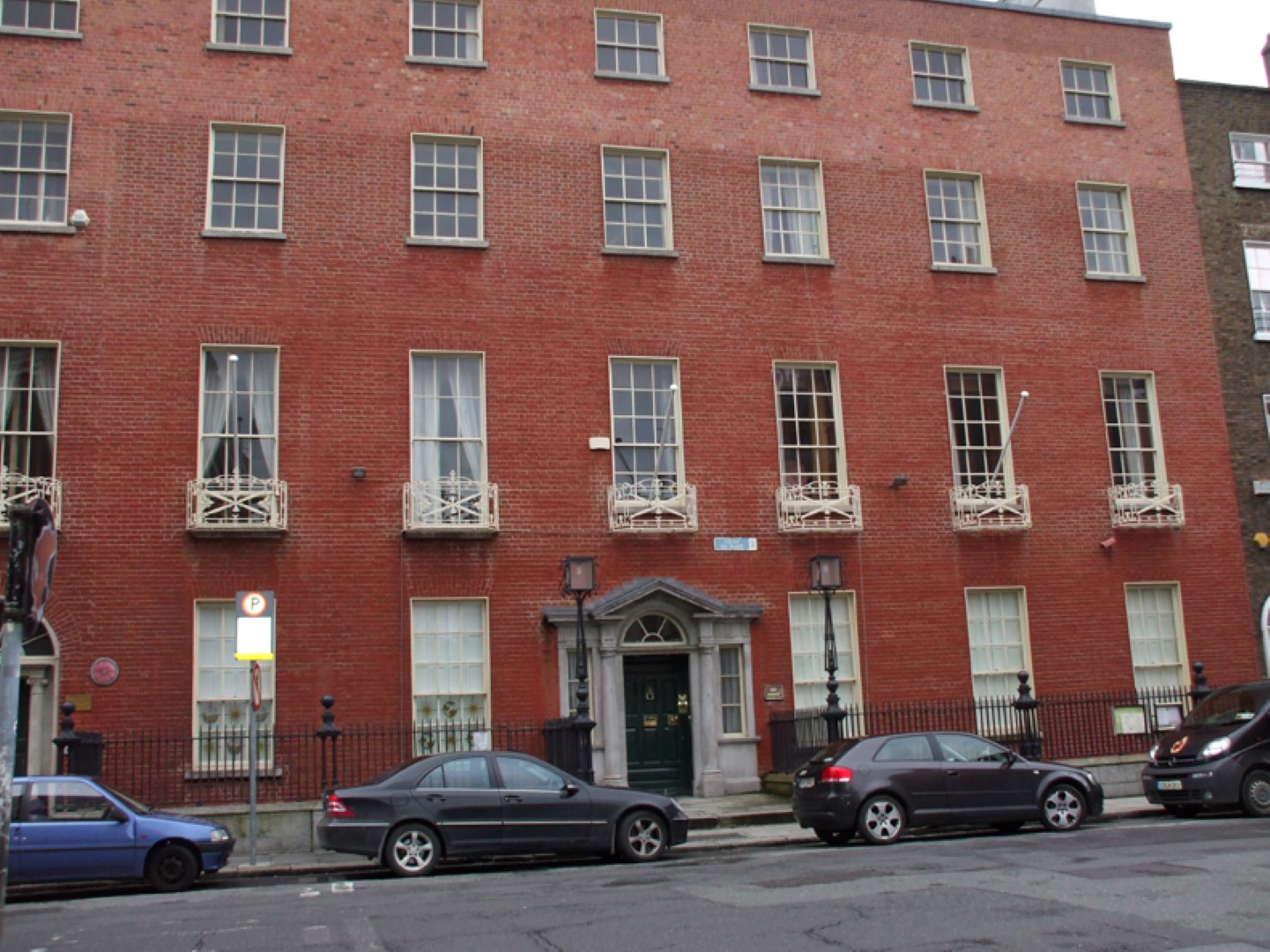 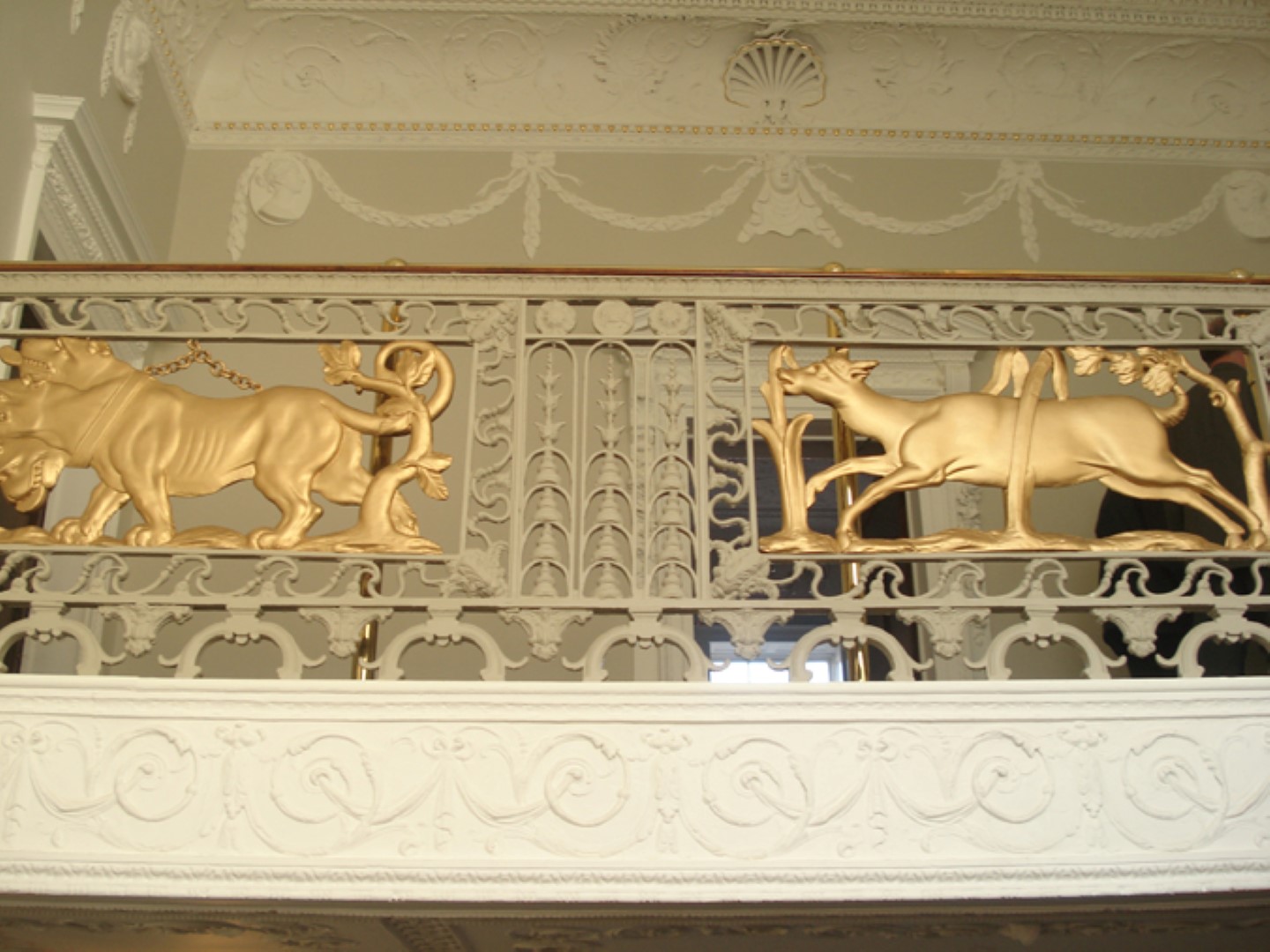 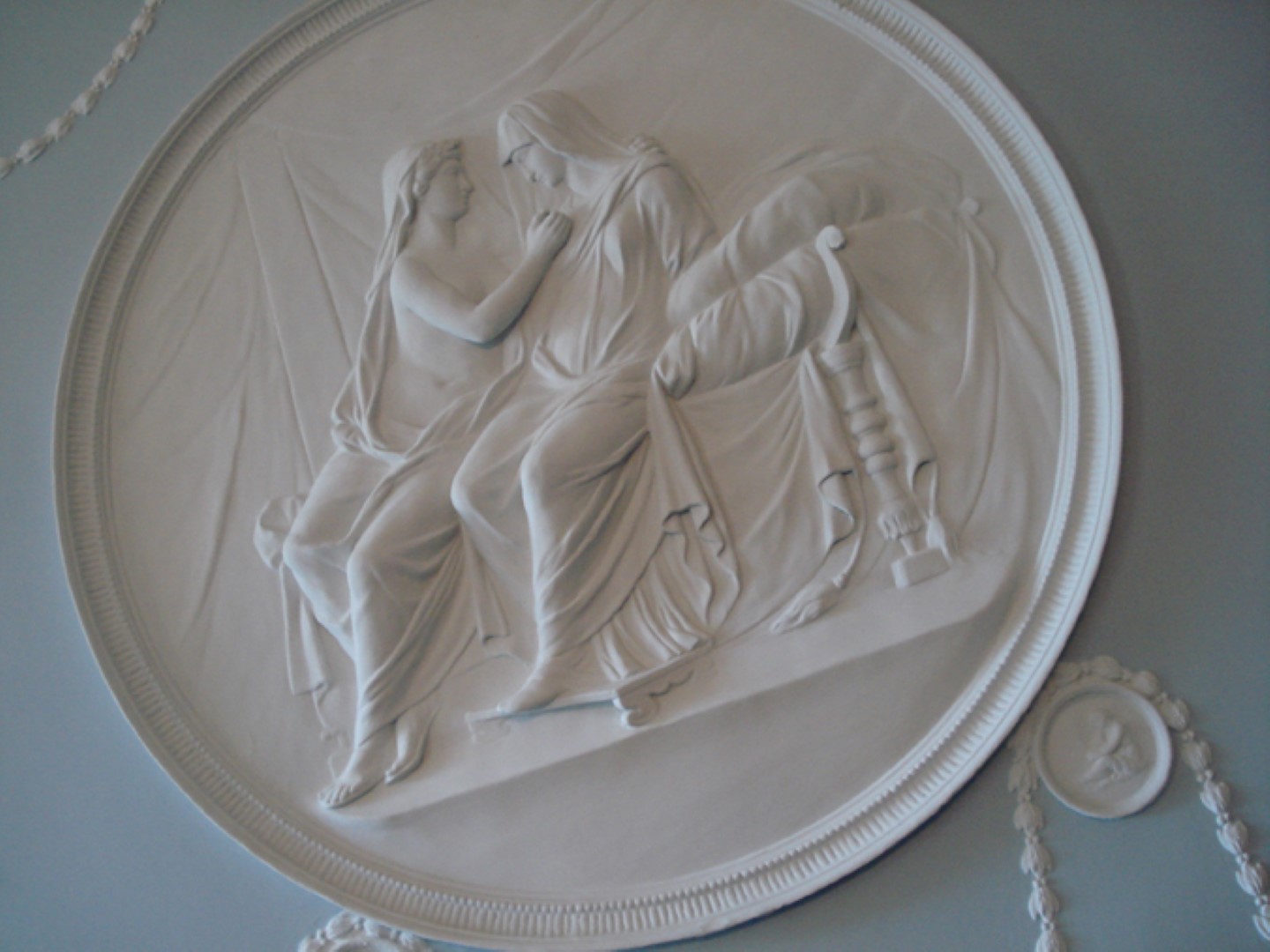 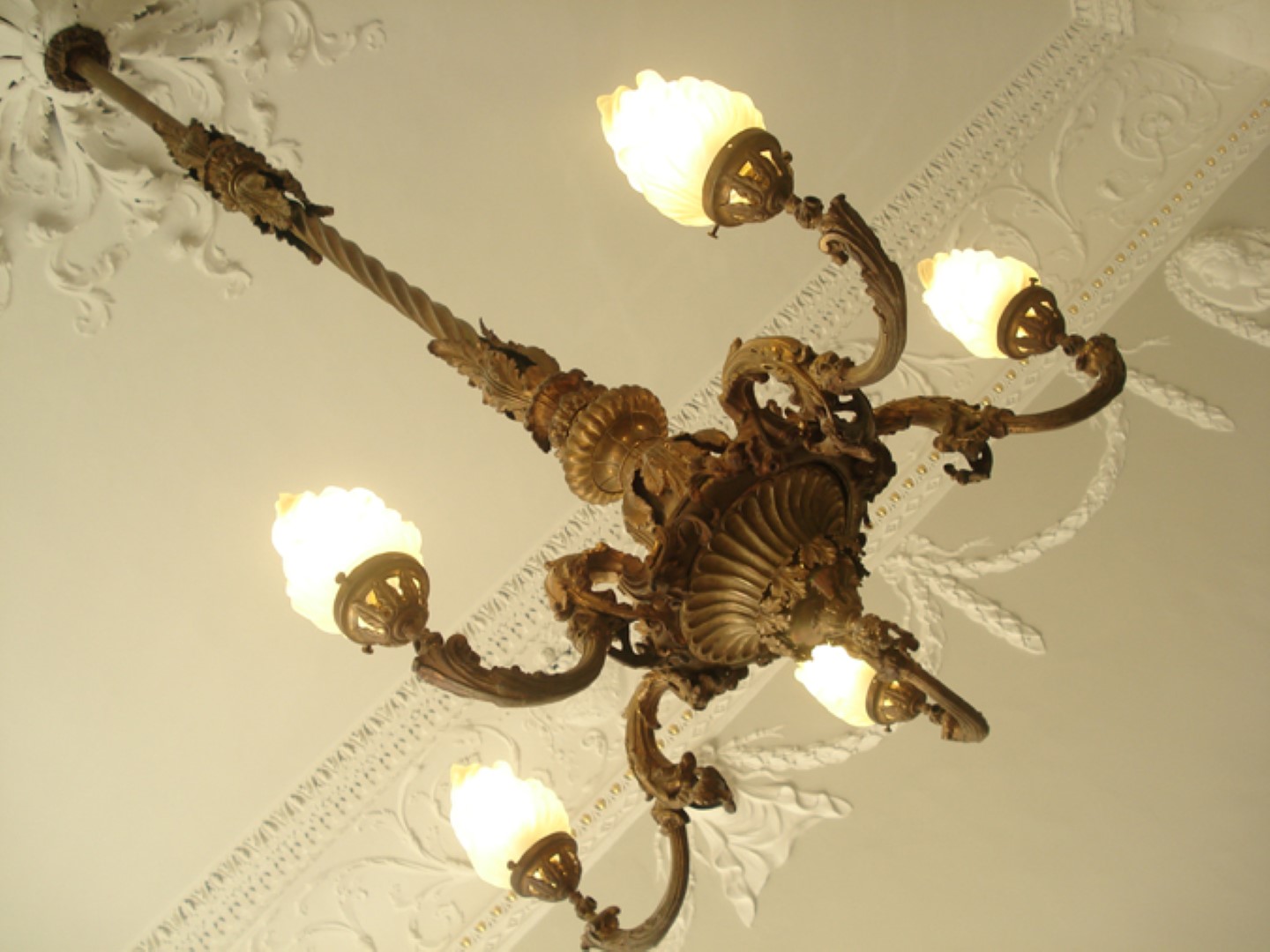 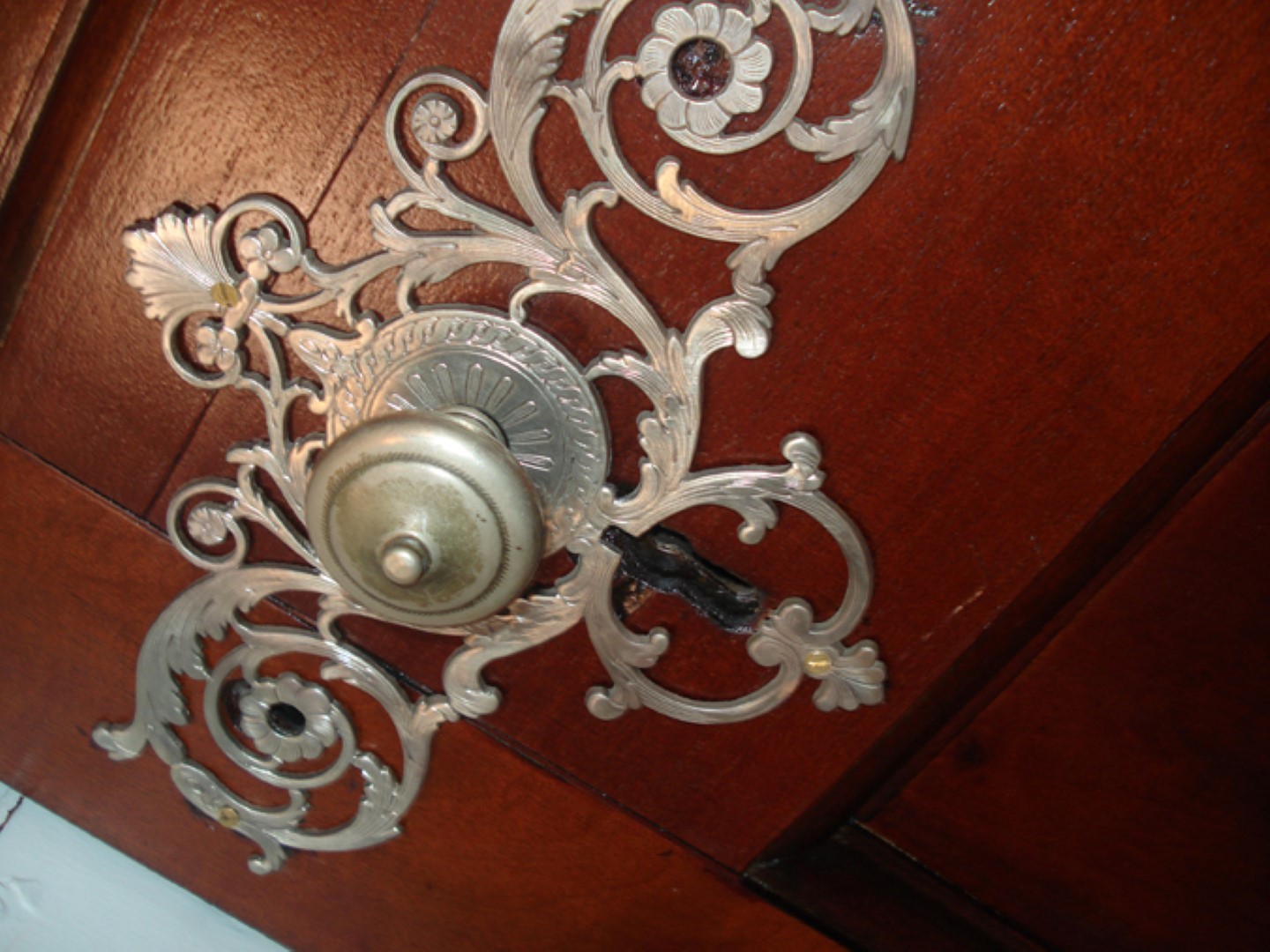 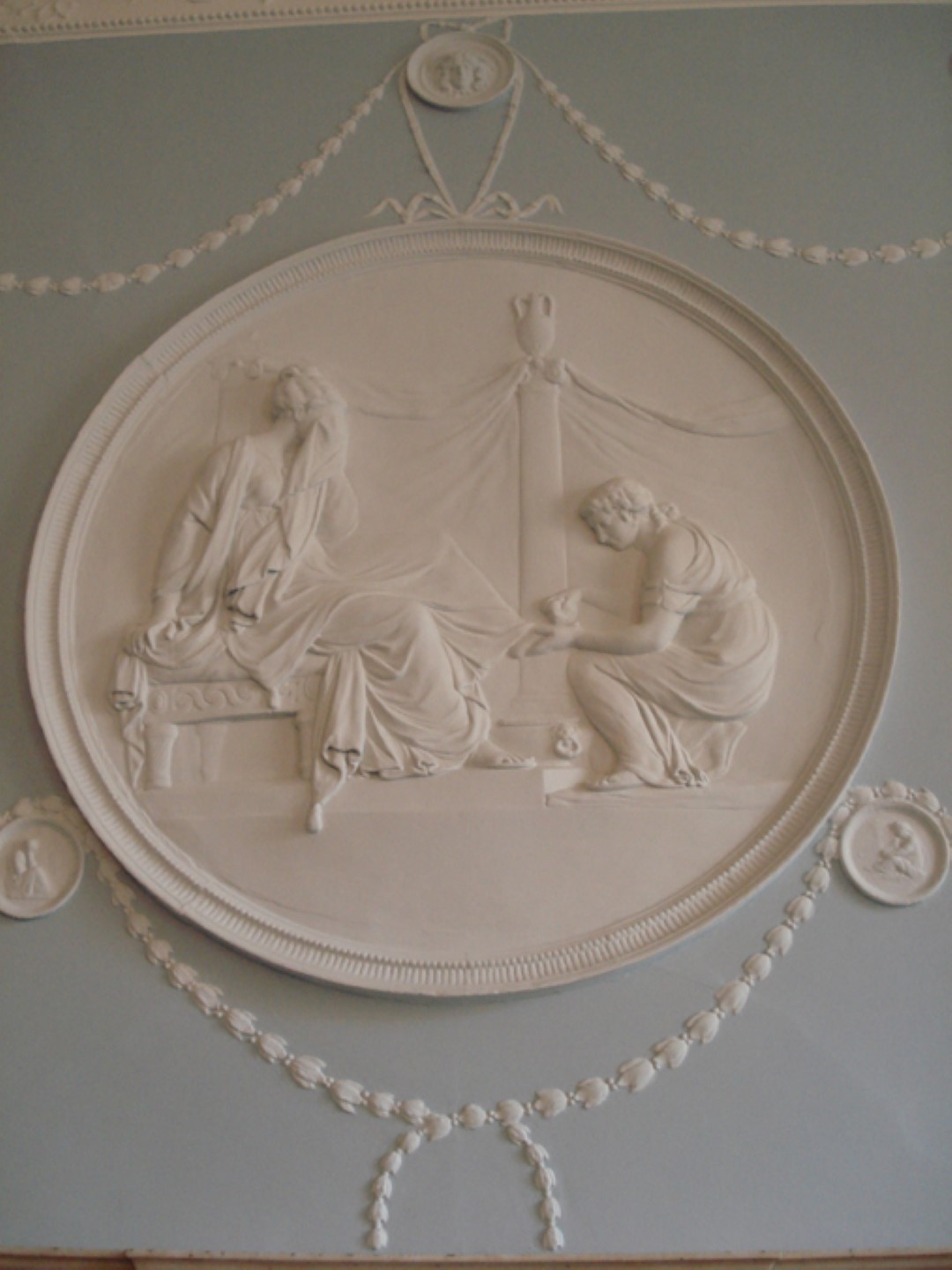 Extensive stucco plastered ceilings cornices and wall panels in the Adam style.
A number of fireplaces in Carrara and Sienna marble.
Two splendid reception rooms with an anti-room between on the first floor. Magnificent carpentry in the doors door cases and trimmings.

The rear garden once an impressive formal leisure space has been developed into an office block. It provides income for the works of the Order of the KNIGHTS OF ST. COLUMBANUS who have occupied this house as their headquarters since 1920’s. It is used for administrative and social purposes to serve the Order’s members and friends.